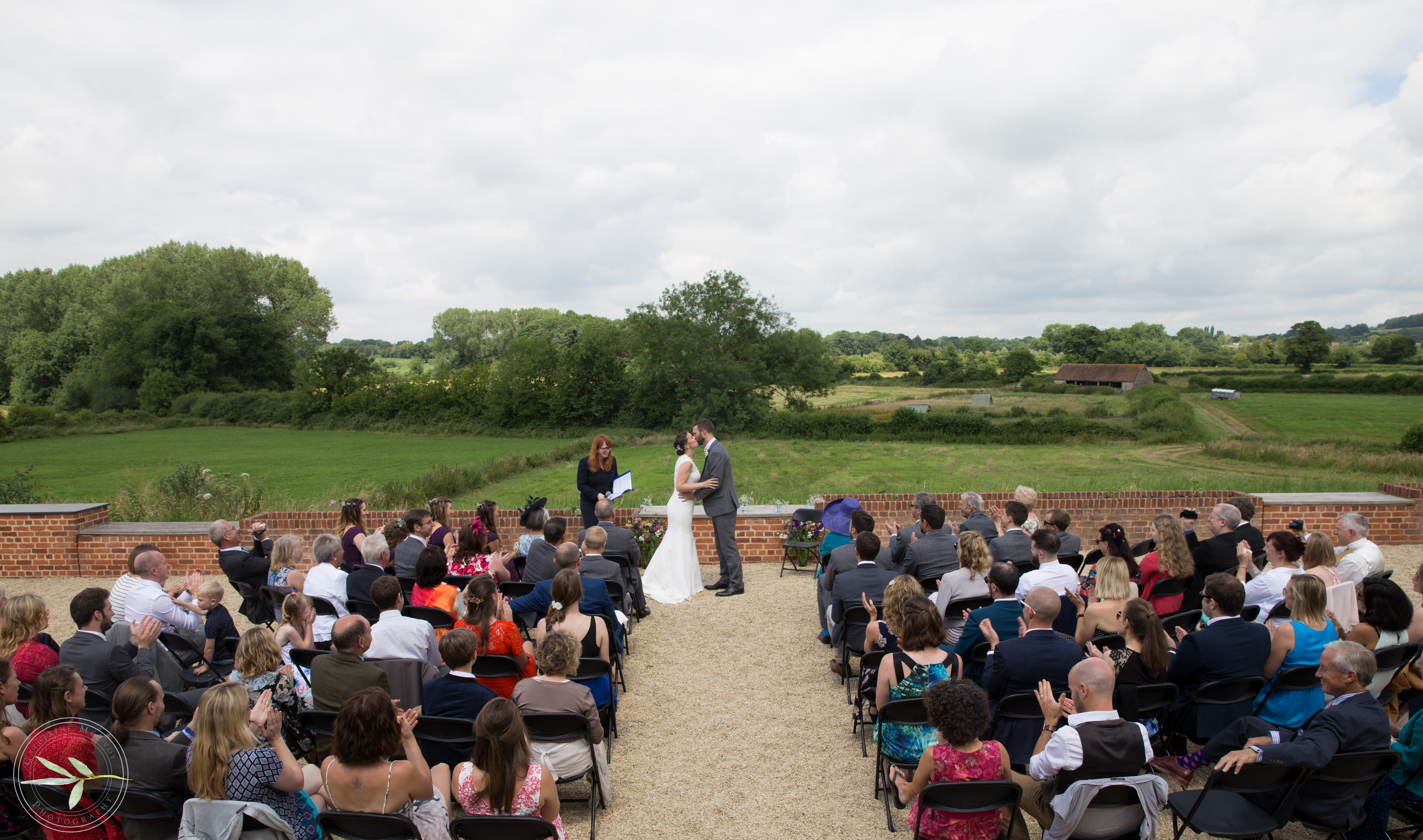 Welcome to the Annual Round Up – a quick drive through some of the highlights of the year!

December came and went in a flurry of activity – I was starting to see order spreadsheets and packs of bacon in my sleep!

Christmas is the busiest time of the year for us for private orders – our customers want anything from a single pack of bacon through to huge hampers of hams, sausages, bacon and salami – one Italian customer bought salamis to take home as gifts for his family!  Our guesses on quantities worked well – we were sold out of back and streaky bacon, had one ham left and a few packets of sausages – none have gone to waste 🙂

Another busy Buttle Farm year under our belts.

Another hot sunny day, in June, saw 50 guests for our Slow Pig day – supporting the Slow Food movement and sharing life on the farm with our visitors.  Everyone seemed to love the farm tour and certainly loved the pork supper served on the terrace.

We hosted our first wedding on the farm – a gorgeous day in July saw the marriage of Mr and Mrs Richard Coward on the terrace – they had a great time, everything went according to plan and I think I was more nervous than the two of them put together!

Through the year, we had a steady flow of new piglets arrive – however many litters we have, the nervousness in the days before and the excitement of their arrival never fades.

And the guinea fowl did us proud with eggs through the summer – we ate some, sold some to our cottage guests, shipped some off around the country to be hatched out on farms, in schools, on grand estates.

September saw another film crew at the farm – this time, filming a promotional video focussing on a  ‘day in the life of …’ two rising star cyclists.  They brought a selection of very fancy bikes with them – worth eye-watering amounts of money – you learn something every day in this job!

November and December brought two BBC radio teams to the farm:  the first was our local BBC Radio Wiltshire who broadcast from the farm during the breakfast show to celebrate the return to Calne of the bronze pig statue.  The second crew was from Radio 4’s Food Programme – not broadcast yet – doing a feature on rare breed pig farming.  Looking forward to hearing that one come out!

The weather was …. mixed!  We had an incredibly dry winter – which is good for us, not so good for arable farmers – an extremely dry spring – not bad for us, terrible for our arable friends – a very wet summer – a relief for us but disappointing for people taking holidays in the UK.  Autumn and early winter were more ‘normal’ but December arrived on a tidal wave of storms and by New Year’s Eve, we were wetter and muddier than we have been in years.  The pigs don’t mind the mud – as long as they have their dry arks with fresh straw every week, they are happy enough but it does make it a challenge for the humans … getting around the fields without losing a welly is a daily battle!