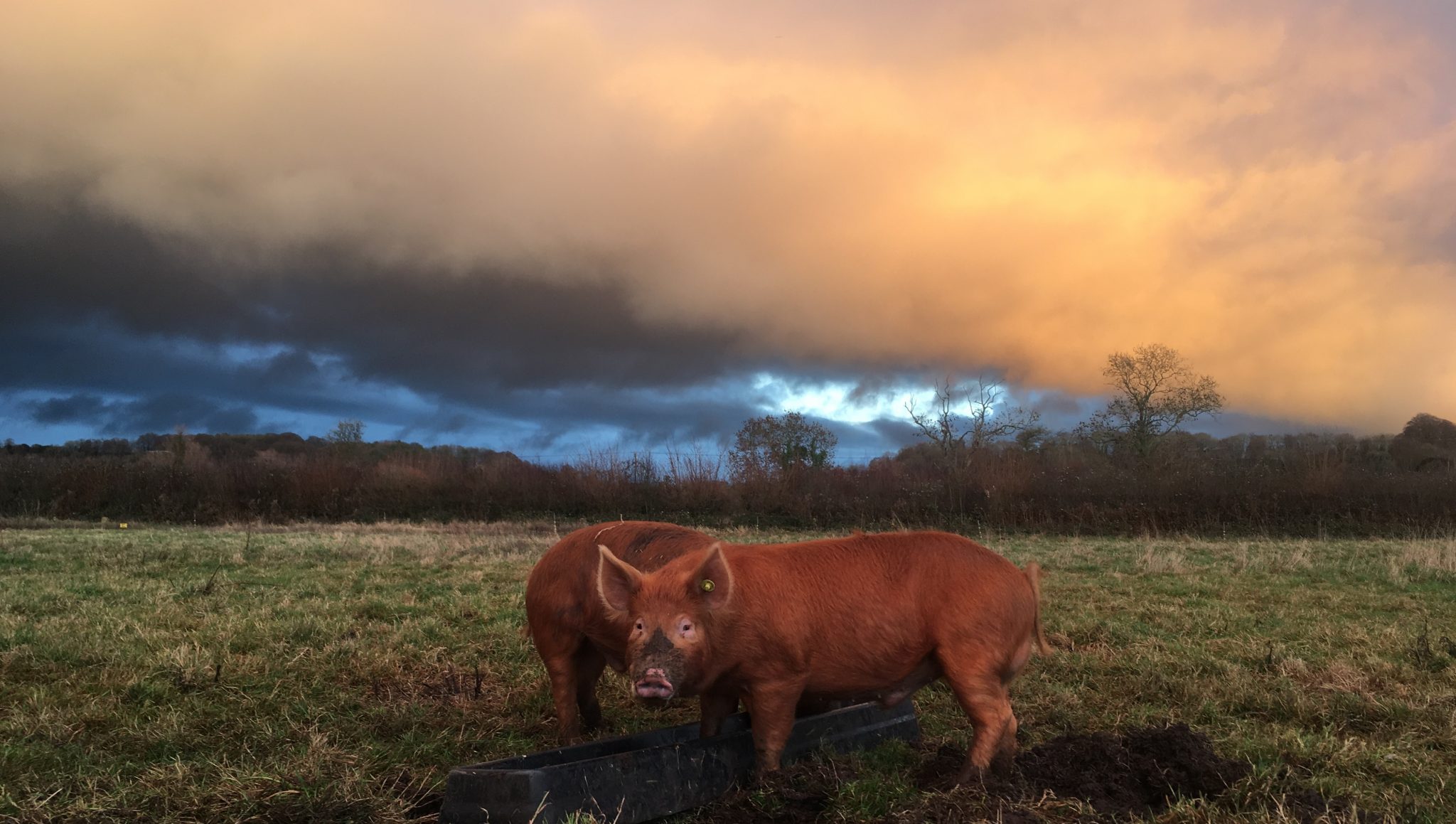 The dust has settled on the festive season and it is time to reflect on the year just gone. As regular readers know, the weather always figures in my Farm Round Ups and the annual summary would not be complete without a quick overview. What a year of extremes it was in 2018.

The winter was the wettest we have seen since we came here, and the worst since the 1980s according to a local weather watcher. The ditches ran like mountain streams and the mud ….. well, there was a LOT of it …. everywhere! January and February were shockers frankly, hopefully not to be repeated in 2019.

The wetness of January and February was followed by the Beast from the East, parts 1 and 2. The good news – it was very pretty and neither of the Beasts lasted for more than a week. The bad news, every outdoor water pipe froze which meant that much bucket carrying was required – wheelbarrowing it down from the house. I have admiration for farmers in Scotland for whom this was a normal winter – at least this only comes to southern England every once in a while. The pigs didn’t mind – extra rations, extra straw being the order of the day and I don’t think the Mangalitzas even noticed, with their thick, woolly coats, they were always out and about!

Away from the weather tales, the start of the year was busy on the ‘office’ side. At last, with much disbelief from us, the farm was connected up to BT’s new fibre link into the village and overnight, we went from about 1 /s to 70mb/s download speed – it’s fair to say that we were somewhat excited. No longer do I have to go to the local coffee shop if I want to upload pictures. Very shortly after that, the new website for our holiday accommodation and were awarded Superhost status by Airbnb which was very pleasing.

A new Large Black sow, Frosty, arrived on the farm, appropriately on a very cold day. She is a , joining our breeding stock.

At the end of 2017, we’d been visited by Tim Hayward, a Radio 4 journalist recording material for an upcoming special edition of the Food Programme. It aired at the beginning of March and Robert was the first farmer featured! The link is still live, so if you missed it time around, you can still catch up here. That sparked quite a few phone calls to the farm – people seemed to like what they heard!

As Spring arrived, in the blink of an eye, we seemed to flip from winter to summer. The rain stopped, the temperatures soared. It was the beginning of the best summer we’ve had in many years. April and May were delightful – everything in the fields and hedgerows was growing so fast you could almost see it. The Guinea Fowl started laying and after a bit of stealthy detective work, we collected enough eggs to fill the incubator. The end of 2017 had seen some significant losses to Mr Fox so we needed to build up the flock again as soon as possible. Hatching day is always exciting however many times we do it – before the eggs even crack, you can hear the cheeping inside. They are exhausted when they finally break out but soon perk up and the noise …. disproportionately loud for such little creatures!

We had a busy year for events both at the farm and away. A couple of the restaurants that we supply held special events focussed around Buttle Farm pork. The Michelin-starred Pony & Trap hosted a ‘Nose to Tail’ extravaganza in March which we were lucky enough to attend. The kitchen did an amazing job, using every part of the pig and really showcasing our product wonderfully well. Check out the menu here. And in the autumn, the wonderful pub, the Longs Arms in South Wraxhall, held a sold-out Pork Fest, again, featuring pork at every course … including a dessert which had pastry made with lard! Stunning food, if you’ve never been, you should!

On the Farm, it seemed that our events coincided with super-sunny days so many wonderful photos were taken and great fun had. Our Annual Slow Pig day in June was a busy one – a farm tour, a charcuterie tasting and then everyone feasted on 18-hour slow roasted pulled pork – there weren’t leftovers!! We also had a visit from the Wiltshire group – basically a photography club who publish their work on Instagram. It is always so interesting to see your own world through someone else’s eyes. Happily, Frosty, our Large Black sow had produced a wonderful litter of 10 healthy piglets in August, so our photographers were entertained by the young piglets, just a few weeks old, who provided many great photo opportunities. See some of them here.

As the summer progressed, the heatwave proved more of a challenge. The grass pretty much stopped growing, the ground cracked and pigs need a LOT of water, to drink but just as important, for their wallows. Pigs don’t sweat so need the water and mud to help control their temperatures. Bucket carrying is a good work-out – volunteers welcome 🙂

The holiday cottage on the farm was busy – very busy in the summer months. VisitEngland came for their annual assessment visit and we were confirmed again at a 5* Gold listing – their highest level – clearing the bar with room to spare. There are only 5 properties rated 5*Gold in Wiltshire!! Also, we were shortlisted for a couple of awards which was very exciting. Being shortlisted for a tourism award in the South West which is such a hot-spot for the hospitality business was amazing – seems like we must be doing something right. One ceremony was in November – we didn’t win, but were up against some tough contenders. The second is not announced until February – watch this space for news on that one!!

We occasionally get what I would describe as ‘curious’ phone calls coming the farm. Most calls are about pork or charcuterie, perhaps about the holiday cottage or about buying guinea fowl eggs but some don’t fit into those categories. A couple of examples this year would be ‘can we land a helicopter in your field’ and ‘can we come and take photos of our new car in your fields’. Unusual, yes. Interesting, yes. And we said yes! The helicopter landed in the field behind the barn – well away from the pigs – and then returned the following day to collect the passengers. And the fabulous Land Rover, customised by a local company called Arkonik, came and was duly photographed looking stunning in the autumn sunshine.

So, back to the farm to finish the year’s roundup. Going out to feed the pigs morning and evening every day of the year could sound like a chore but only if you let it be one. Even when the weather is foul, the pigs are always pleased to see us(or is it the feed bucket), we get to see the changing seasons, day by day, to notice the small changes as well as the big ones. We get to watch the wildlife that we share the farm with and experience those magical moments that you could not plan for – like getting buzzed by a barn owl out hunting. On rainy, windy, freezing days, I do sometimes wistfully think about life behind a desk, but it soon passes when a pig spots me coming in the distance and bellows out a welcome! Raising rare breed pigs in an extensive free-range system is hard work, but enormously satisfying on many levels. Great animal welfare, healthy lifestyle for us, producing fantastic meat for our restaurant and private customers, helping support the native British rare breeds and sharing our enthusiasm for quality food with all. Don’t remember this being an option at careers night but it’s a great place to be!!