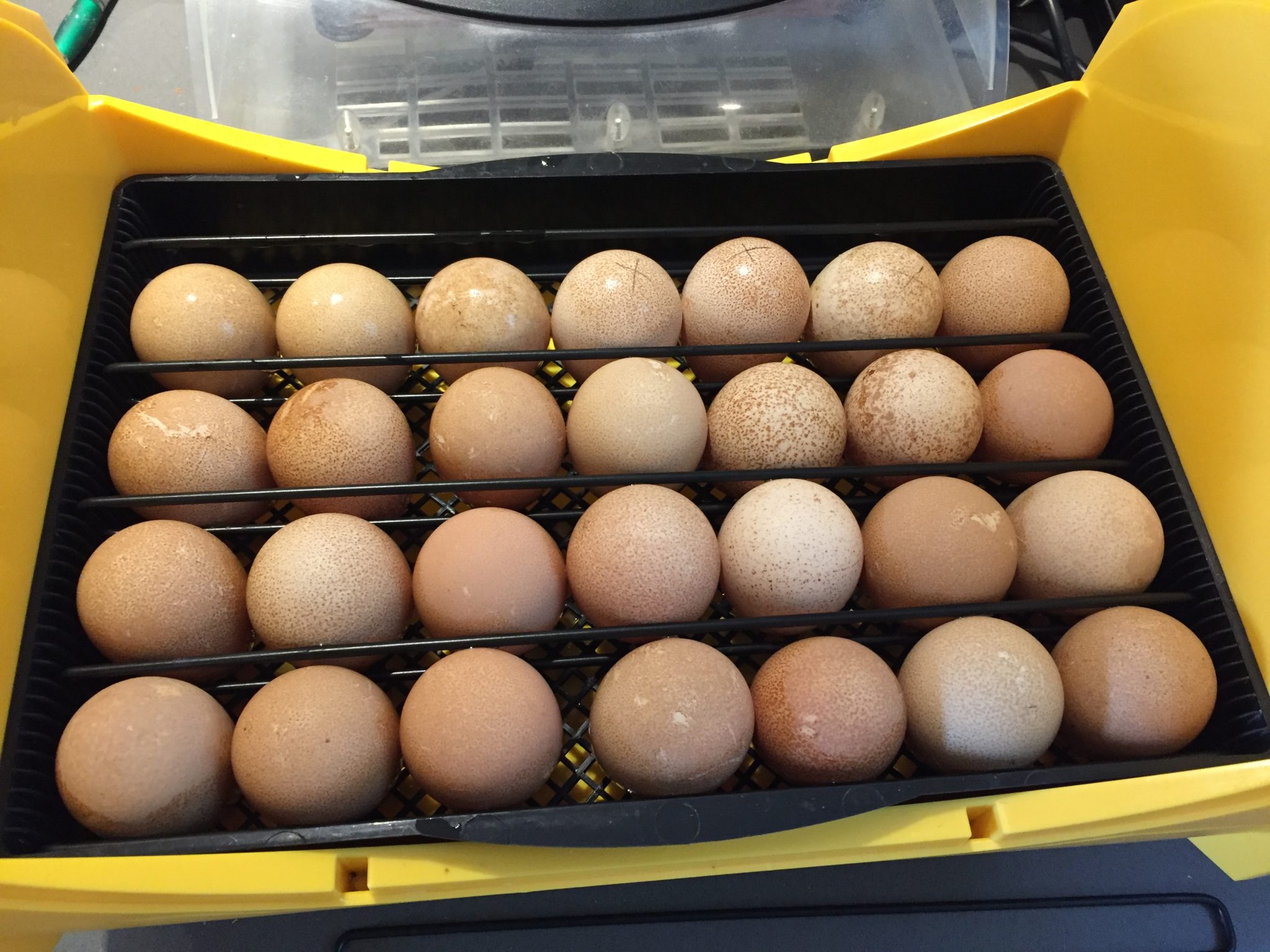 It’s definitely summer – whilst the weather has been somewhat patchy, new life is popping up all over the farm albeit of the feathered variety! I wonder if we should re-do our logo to include birds?

Our first spot was a red-legged partridge and her chicks in the guinea fowl barn. Not a total surprise this one – we had a partridge join the guinea flock last winter. They seemed OK having her around and she took full advantage of the morning and evening feed rounds. Then she disappeared so I think I know what she was up to. She returned to the feeders with at least 6 if not 8 chicks in tow! The quality of the video is not great, but you’ll get the idea!

Much to our great delight, we finally have owlets in the owl box in the field shelter – 7 years after the box was put in place!  We’ve set up a trail camera to capture their night-time adventures and are thrilled with the quality.  Looks like we have 3 and they have grown incredibly quickly – their parents must be working very hard.

Our swallows have set up home in their traditional spots – under the archways in and out of the courtyard as well as down in the field shelter. They’ve been busy feeding in the past few weeks and it is surprising how noisy such small creatures can be. They are very cute – all mouth – but the noise is not so appreciated at 4 am at the nest just outside our bedroom window!  The first hatch has all fledged now and are practising their flying around the courtyard – lovely to see.

Pretty much on the same day, both the ducklings whose mum had made her nest in the courtyard and our guinea fowl in the incubator all hatched.  The ducklings spent the first few days around the yard – not a pond in sight although one was spotted swimming in the dog’s water bowl – but have now disappeared.  It’s a long walk to the nearest water – hope mum knows what she’s doing!

The guinea fowl chicks – called keets – are also impressive on the volume front.  Having hatched out over the course of a couple of days, we have 13 cute fluffy bundles in our care.  The magic of eggs becoming birds never wanes 🙂  For the first week after hatching, they live in a brooder box with a heater in the kitchen.  Strangely, given how alert (and nosy) she is, Pheby the dog, pays them no attention whatsoever – thank goodness!  They are lovely to watch but no regrets when we put them in the barn in a larger cage – still with a heater – so they have space to start flying practice.  At a week old, they are starting to grow their flight feathers and much flapping needs to take place.  In a couple more weeks, they will be into the big coop while they become fully feathered and ready to meet the adults.

The three ‘rescue’ guineas that we took in last month are now out and about and integrating with the rest of the flock.  The female has become part of the gang immediately whereas the two boys are still having the odd scuffle with the homegrown males.  But, when the feed goes down, everyone is focussed on food so, on balance, the introductions have gone well!

So much for the bird update – on to pigs!

Our two loaner boars, Reggie the OSB and Dai the Large Black, have both gone home and their ladies are looking well and starting to look plump so fingers crossed, all is going well with their pregnancies.

First to produce in mid August will be Frosty, our Large Black – she’s going to get larger over the next few weeks but is still running to greet the feed bucket every morning and often found lazing in her wallow on warm afternoons.  In the next week or two, we’ll move her to a fresh paddock ready for her production!!

After Frosty come Gertie and Goldie – two first-time Oxford Sandy & Black mums-to-be.  These two are sisters and have been with us since they were just a few weeks old.  They too will get new paddocks – one each, but next door to each other, so they can have their own space when the time comes.

All the rest of the pigs have now been moved to their summer paddocks – lots of new fresh greenery for them to attack and it won’t be long ’til the first windfall apples start appearing.

A busy month for visitors to the farm.  We kicked off with our Slow Pig Sunday on the 2nd – the weather could have been kinder to us but despite the damp, everyone seemed to thoroughly enjoy their farm tour and given the number of clean plates at the end of the day, I would say that the food went down very well too.

Next up was a tour group of members of the CPRE (Campaign to Protect Rural England) who joined us for a feed round one evening followed by a charcuterie tasting on the terrace.

And not a visit to the farm, but I was guest speaker of the month at a local WI group in June – anyone who knows me, knows that chattering at length about pigs and their antics is something I am more than happy to do, so if you have a group that needs a guest speaker, give me a call!!

The forecast for July looks good – fingers crossed for fair weather to come.