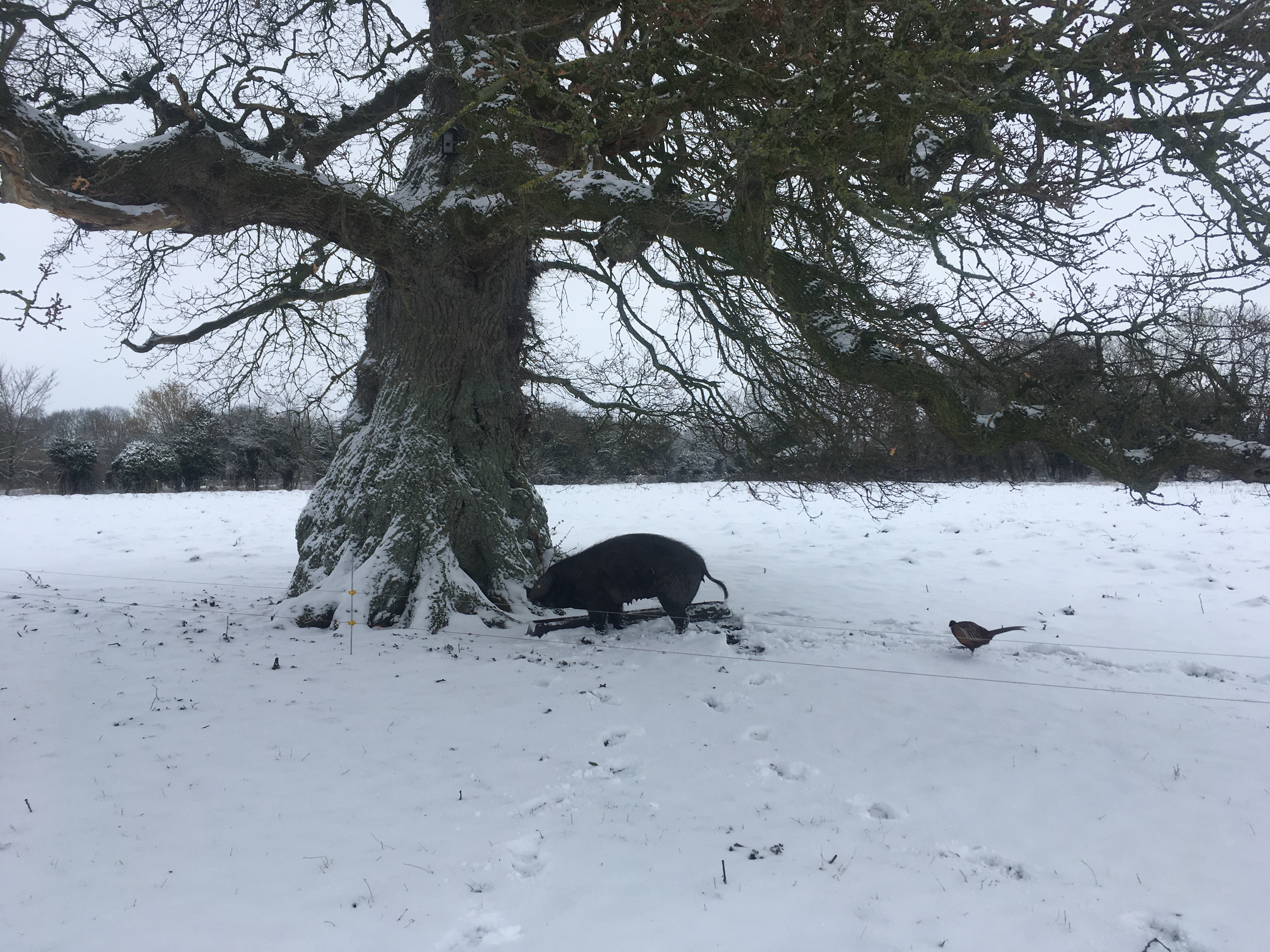 The month of the Beast from the East – parts 1 and 2!
I have been accused of obsessing about the weather, but I think this month, I am fully justified in my focus.
It has been … interesting. Challenging, yes. Life-threatening, no. Hard work, definitely. First thing I realised – I have such respect for hill farmers/Scottish farmers and crofters for whom our weather was probably just business as usual. Secondly, if this happened every year, I would be better at dealing with it – every day, I learned something or tried something different to try to improve the situation – through trial and error, I now reckon I am ready to deal with snow which means we probably won’t get any more for 5 years!
But, it created a good set of photo opportunities so, despite everything, my trusty iPhone and I were out and about capturing what were sometimes beautiful scenes.
Here’s a lovely video of our Mangalitzas in their ample curly coats running through the snow.  And another one when I was feeling rather ‘arty’ …. OK – seemed like a good idea at the time!  And last but not least, a lesson learned at the beginning of the month – didn’t make that mistake again – I can laugh about it now, but at the time, I was NOT amused!
It was quite a month for landmark events for the farm –
The first big event of the month was Robert’s appearance on Radio 4 – on a couple of editions of Farming Today and then a major bit on the Food Programme – an episode called the Big Pig Roadtrip! We’d had the crew from R4 here … for almost 4 hours, so we weren’t entirely sure what they were going to use but it came out really well – here’s the link – Robert is the first person interviewed so you don’t have to listen to the whole programme if you don’t want to!
And fast on the heels of that was a Nose to Tail event at the Pony & Trap restaurant (one Michelin star in Chew Magna) using Tamworth pork from Buttle Farm. A sell-out evening, the kitchen crew did a splendid job with a fantastic menu, really creative and a treat for us to eat there with them on the night.
We still have Harry the Berkshire boar on the farm – the snow may well have interfered with his amorous intentions but fingers crossed he’s back on the case now the weather has warmed up a bit. 🙂
The holiday cottage was full during the worst of the snow – our intrepid guests came down from London and made really good time getting here – apparently, the M4 coming out of London was the best they had seen it in years – hardly any other cars about.
If you fancy a weekend in the countryside, we have a few weekends free in the calendar so do get in touch – readers of this blog are entitled to a 10% discount on any bookings made on our website for April, May and June. Click HERE for photos and more information.