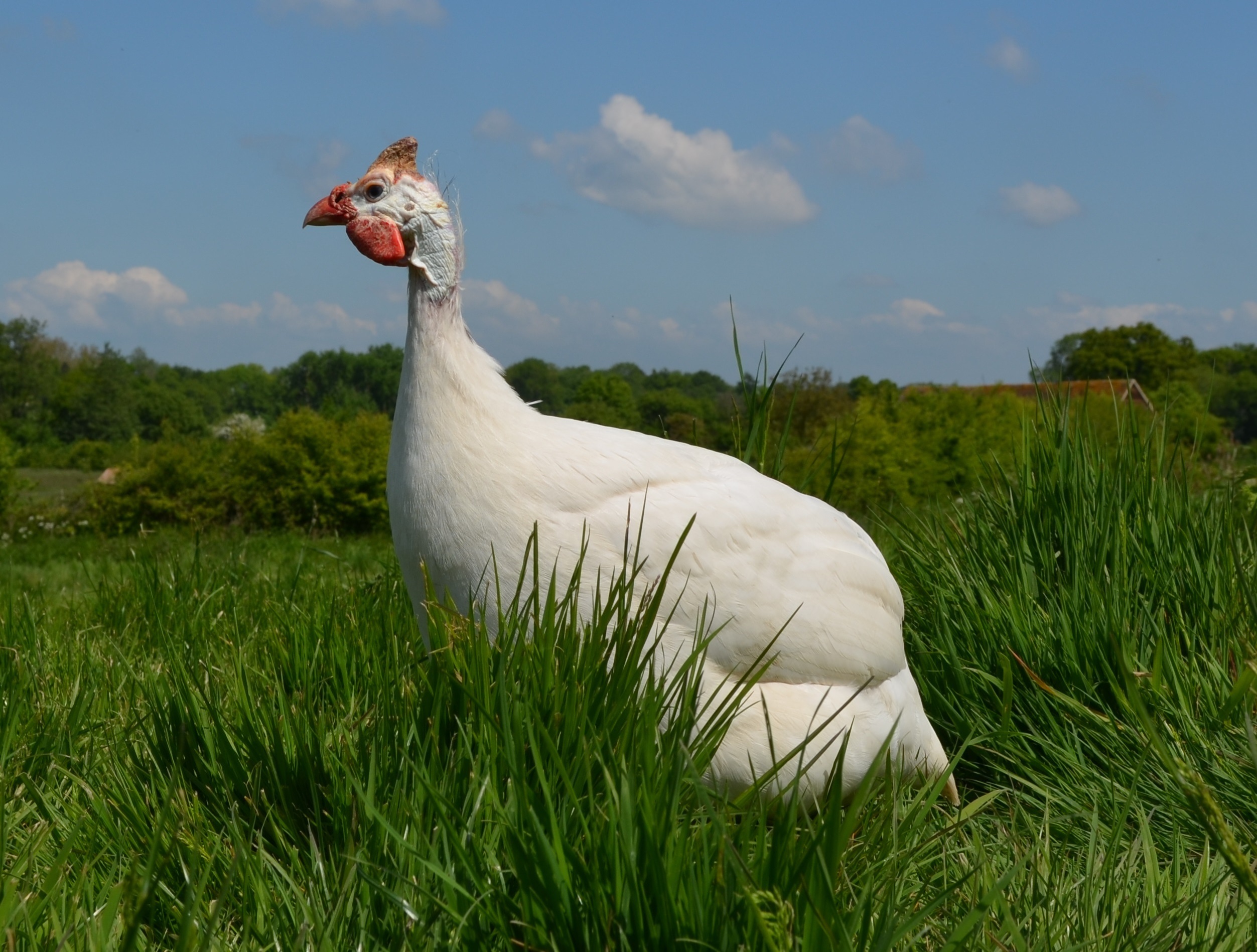 At last – with a bit of rain, suddenly everything is growing … in fact, growing so fast, I almost think I can hear it!

Eyelashes, our Berkshire sow produced her litter early in the month – she was enormous so we were slightly disappointed with the small litter but she seemed very pleased with herself and is well so we’ll settle for that. The piglets were lively from Day 1 and have kept us entertained all month with their antics!

We also had our first Guinea Fowl hatch of the year – 28 eggs in the incubator and 25 days later, out they all came – one or two to start with then a great rush. Once they dry off they move from the incubator into a brooder box in the kitchen for the first week – and boy, do they make their presence known. It is extraordinary how much noise can come from such tiny creatures – they are SHRILL!
One week on, their wing feathers are starting to sprout and they move outside into a larger cage – still with a heater as British weather is not to their liking til they are fully fledged – which gives them room to stretch and practice their flying! Cute as they are, I don’t miss the noise!!

The Large Blacks, appropriately given their name, are the largest pigs that we have on the farm. We have two sows and they are currently hosting their boyfriend Carlos on a sleepover for a few weeks. All seems harmonious in the paddock – no squabbling over the boyfriend – but they did see fit to demolish their ark! Our older arks are made from WBP ply and have stood up well but a scratching session from a 200kg pig is a test for any structure and eventually, it failed. A new-style flat-pack version arrived and we managed to choose the hottest day of the year to set aside time to build it! All in all, it went together quite well but bad choice by us on the timing! But, all done, they seem to approve and it is still in one piece!

And finally, on the livestock front, our lovely GSP Pheby is officially pretty! We went to a GSP show day and for a bit of fun, entered her into the Prettiest Bitch competition – she’s not been trained for showing so was a little unruly in the ring but the judge managed to see past that and she came home with a rosette and a bag of tasty treats! I know we are biased, but we were not surprised 🙂