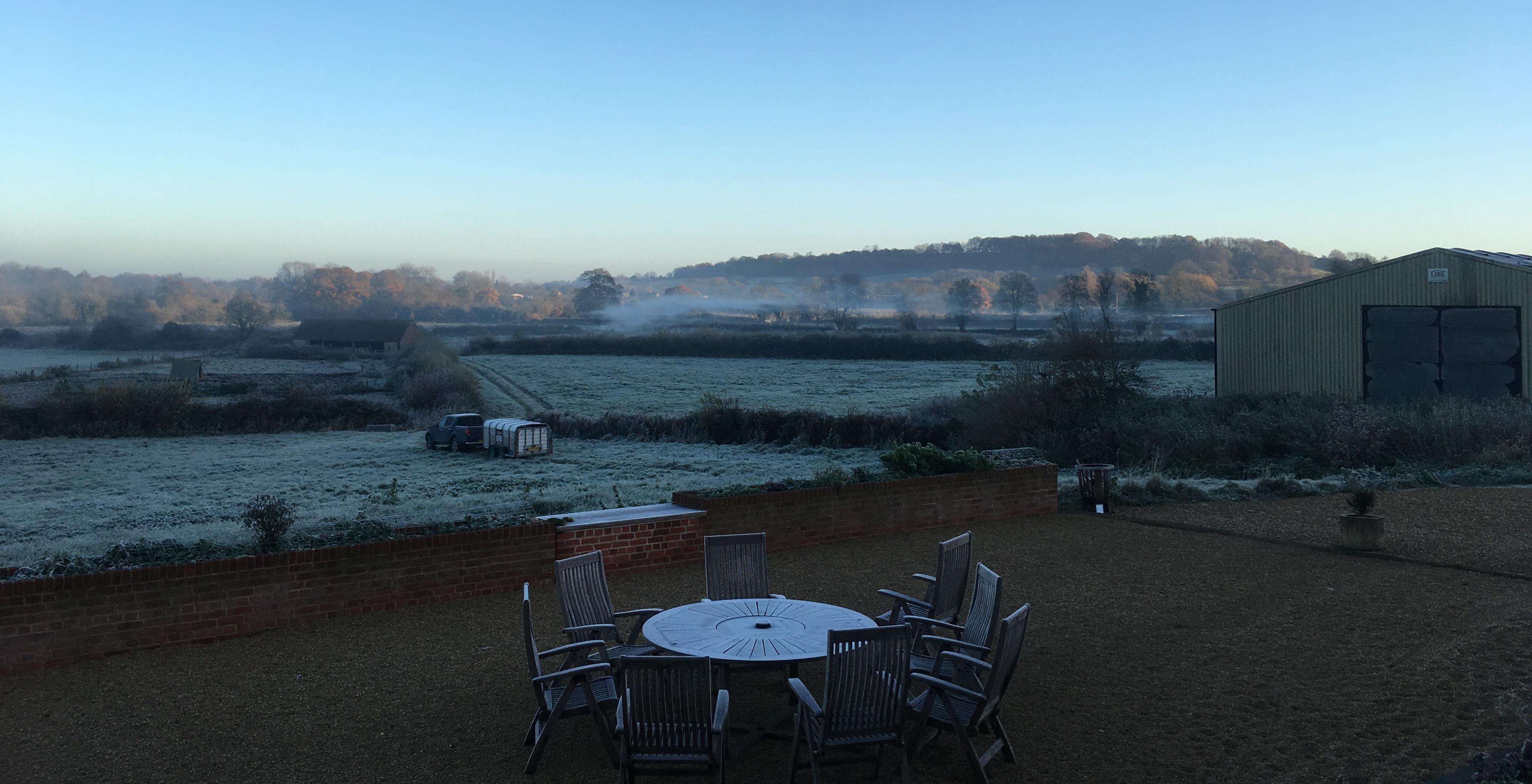 As winter closes in on us, time is of the essence to be ready. That means two things – fencing and pig moving. Firstly, having done this for a number of years now, we know which parts of the fields get VERY wet as soon as we get heavy rain – it is not always where you think – some dipped areas seem to drain well while we can get boggy areas halfway up a slope where a spring bubbles out of the ground. Anyway, defensive fencing is the name of the game – fence off the areas that will suffer most BEFORE they get trashed by the pigs.
The pigs LOVE the mud because it makes digging so much easier 🙂 And some of them are real experts – surprisingly enough, our best diggers are Berkshires – with their shorter, stubby noses they don’t look like the could do as much damage as, say, the Tamworths with their longer pointy noses but, the Berkshires put in the effort and if digging were an Olympic sport, ours would be contenders for gold medals!
The next step is the pig shuffle – to get them to the fields where they will spend the winter – again, before the ground gets too wet.
We’re still feeding windfall apples kindly donated by our neighbours which is a delight for the pigs and very helpful when it comes to moving them – a trail of apple pieces will be followed by a pig faster than I can lay it!
November is also the month where we have to get our house in order for Christmas – a few customers order early which is helpful, but we have to take a guess and what we are going to sell and get curing – both hams and bacon need to be ready for Christmas Eve and all take their time so the Christmas planning spreadsheet gets built and followed to the letter.
Fortunately, the ever-popular sausages and sausagemeat only get made the day before we start shipping so we can virtually make to order on those – unlike the hams – once they are gone, they are gone!
We’ve had a shocking month with the guinea fowl – the foxes have been having a field day sadly and our birds are not being very smart. In theory, they roost up in the rafters of the barn, safely away from the foxes but, when the foxes are hungry enough, they will come up to the barn even in the middle of the day and ……. well, you can imagine the rest! At this rate, we won’t have many eggs to look forward to next year 🙁